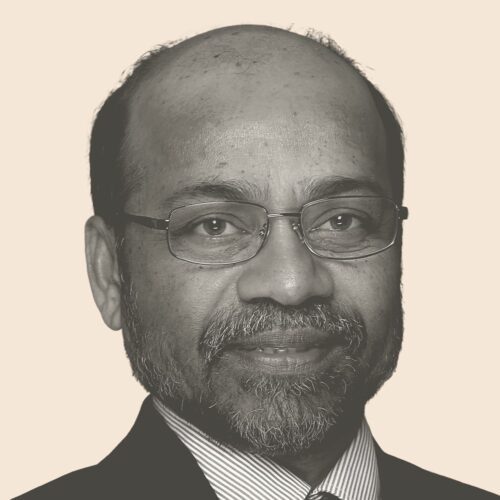 Dr. Vijayan Asari is the University of Dayton Ohio Research Scholars Endowed Chair in Wide Area Surveillance and a Professor with the Department of Electrical and Computer Engineering. He is also the Director of the Center of Excellence for Computational Intelligence and Machine Vision (Vision Lab).

Dr. Asari began teaching as an Assistant Professor in Electronics and Communications at the University of Kerala (TKM College of Engineering), India. In 1996, he joined the National University of Singapore as a Research Fellow and led a team for the development of a vision-guided micro-robotic endoscopy system. In 1998, he joined the School of Computer Engineering at Nanyang Technological University (NTU), Singapore, and led the computer vision and image processing research activities in the Center for High Performance Embedded Systems at NTU. In August 2000, Dr. Asari joined the Department of Electrical and Computer Engineering at Old Dominion University (ODU), Norfolk, Virginia, as an Associate Professor. He was tenured in 2006 and promoted to Full Professor in May 2007. At ODU, he was also the founding director of the Computational Intelligence and Machine Vision Laboratory (ODU Vision Lab).

Dr. Asari joined the University of Dayton in February 2010. He has received many awards for his teaching, research and technical leadership including the Vision Award for Excellence in August 2017, Sigma Xi George B. Noland Award in April 2016, and the Outstanding Engineers and Scientists Award for Technical Leadership in April 2015. Dr. Asari has been selected as a Fulbright Specialist by the Fulbright Specialist Program of the U.S. Department of State’s Bureau of Educational and Cultural Affairs (ECA) and World Learning in August 2017. Dr. Asari visited the Faculty of Engineering and Water Sciences at the National University of Littoral, Santa Fe, Argentina, in November 2017 as a Fulbright Specialist. He visited the John von Neumann Faculty of Informatics at Obuda University, Budapest, Hungary in July 2018 as European Union’s Erasmus+ Visiting Faculty. Dr. Asari also visited the School of Computer Science and Engineering at Nanyang Technological University, Singapore, as a Visiting Professor in September 2018. He was elected as a Fellow of SPIE (Society of Photo-Optical Instrumentation Engineers) in November 2018.

Dr. Asari has so far (2022) supervised 32 Ph.D. dissertations and 48 M.S. theses in electrical and computer engineering. Currently, several master’s degree and doctoral graduate students are working with him.

All Sessions by Vijayan Asari