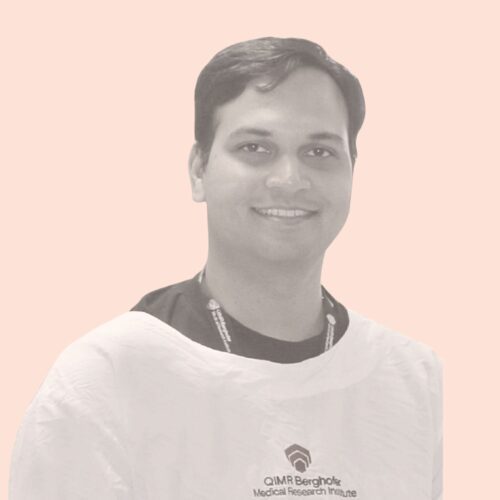 Dr Sriganesh Srihari is an experienced biomedical data scientist and software developer who has contributed to numerous major academic and biopharma projects. He is based at the QIMR Berghofer Medical Research Institute in Brisbane and holds an Advance Queensland Research Fellowship from the Queensland Government and a Researcher Industry Exchange Fellowship from Australian MedTech and Pharma (MTP) Connect. He previously worked for Maxwell Plus, a Brisbane-based AI start-up, where he developed radio-genomics AI models; with EMBL-Australia in Adelaide where he was the lead data scientist in an €13M EU FP7-funded programme on cancer proteomics; with the University of Queensland where he was the principal data scientist on two national level-funded projects on familial breast cancers; with the A*STAR Institute in Singapore where he was a bioinformatics software developer; and with Oracle in Warsaw and London where he was a database applications developer. Dr Srihari has (co-)authored over 40 research publications with >2,500 citations (h-index 25) and has presented at numerous avenues including the San Antonio Breast Cancer Symposium, where he was awarded an AACR Susan G Komen early career award, and Cold Spring Harbor and American Association for Cancer Research meetings.

All Sessions by Sriganesh Srihari